Noticias
Home›Noticias›23 countries adopted the new Regional Convention on the Recognition of Studies, Degrees and Diplomas in Higher Education in LAC

23 countries adopted the new Regional Convention on the Recognition of Studies, Degrees and Diplomas in Higher Education in LAC

The Conference began on July 11, 2019 at the San Martin Palace in Buenos Aires, Argentina. The government of Argentina was in charge of the Conference’s presidency, while the vice-presidency fell upon Jamaica and El Salvador. After reviewing the new Convention’s different parts (preamble, definitions, objectives, obligations, application and final clauses), the States Parties adopted it unanimously. Nevertheless, it will not have legal effects until the instrument is ratified by the legislative organisms of the signatory States Parties.

The new Convention was adopted unanimously and was initialed by those representatives who acted in this meeting as representatives with full powers, namely: Argentina, Belize, Bolivia, Colombia, Costa Rica, Grenada, Honduras, Jamaica, Nicaragua, Panama, Peru, Holy See and Venezuela.

This instrument commits the signatory States Parties to adopt all necessary measures to recognize the studies, degrees and diplomas of the countries of Latin America and the Caribbean according to the terms contained in the new Convention, and by virtue of the specific regulations that govern in each one of them.

This political commitment will promote academic mobility in the region, with its positive impacts on both intraregional cooperation and on the much sought after regional integration. Its implementation, once adopted and ratified by the States Parties, will significantly contribute to safeguarding the right to education, inclusion and the pursuit of the Sustainable Development Goal 4 agenda and its commitment “leave no one behind”.

Photo: Closure of the International Conference of States held in Buenos Aires, Argentina 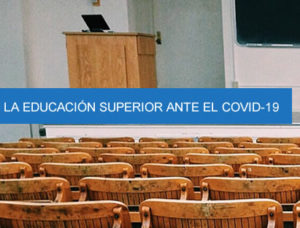