The International Conference of States for the adoption of the new Regional Convention on the Recognition of Studies, Degrees and Diplomas in Higher Education in Latin America and the Caribbean 1974, will take place in the San Martin Palace of Buenos Aires, on July 11-13, 2019.

Convened by the UNESCO International Institute for Higher Education in Latin America and the Caribbean (UNESCO-IESALC), the Ministry of Education, Culture, Science and Technology and the Ministry of Foreign Affairs of the Republic of Argentina, representatives from the Member States of the Region, observers, and international organizations will be attending the Conference.

The Minister of Education, Culture, Science and Technology of Argentina, Mr. Alejandro Finocchiaro, will be present at the meeting, as well as the recently appointed Director of UNESCO-IESALC, Dr. Francesc Pedró. Among the themes included in the agenda for the three-day conference are the challenges of higher education (HE) mobility in Latin America and the Caribbean, including quality assurance, as well as the discussion on the specific content of the new Convention.

The document is the result of the consensus accumulated in previous meetings since 2016 by the workgroup in charge of reviewing the text of 1974. The workgroup was created at the High-Level Ministerial Meeting held in Brazil in 2015, date on which IESALC was requested to coordinate the group as the Secretariat of the Convention.

Becoming of the Regional Agreement

Forty-five years ago, on July 19, 1974, 18 Member States of UNESCO in Latin America and the Caribbean subscribed in Mexico City the Regional Convention on the Recognition of Studies, Degrees and Diplomas in Higher Education in Latin America and the Caribbean 1974 (UNESCO).The document has gone through an exhaustive process of analysis, to adopt a second-generation convention, that would incorporate concepts adapted to the challenges posed by the XXI Century for the regional HE.

Since 2016, the workgroup has met four times to revise the previous Convention and to propose a new text: in Cartagena de Indias and Havana, in 2016; and in Santo Domingo and Buenos Aires, in 2017. Later, in 2018, two intergovernmental consulting meetings took place: the first, in Buenos Aires, and the second in Cordoba, Argentina, the latter in the frame of the Third Regional Conference on Higher Education in Latin America and the Caribbean (CRES 2018).

The new document will foster the quality assurance of HE in the Region, the delivery of accurate and transparent information, and the creation of known mechanisms to guarantee the right to the recognition of studies, degrees and diplomas. The new convention will meet the purposes pursued by all actors in the educational systems and institutions of HE. Once adopted and ratified by the Member States, its implementation will contribute significantly to the promotion of the right to education, to inclusion and to the agenda of the Sustainable Development Goal 4 and its purpose of “leaving no one behind.” Lastly, it will strengthen the cooperation and internationalization of higher education in Latin America and the Caribbean to benefit the development of the Region. 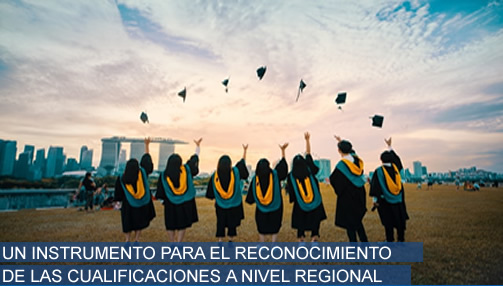 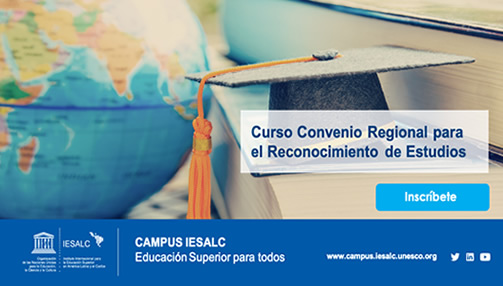